The city of kitsch and brutality.

As much as Skopje seems an ugly city at first sight, there are quarters inside that make locals proud of. Ancient Skupi. Old Turkish Charshija. Modern brutal architecture. Moreover - the surrounding nature is amazing! We will prove it to you.
READ MORE
An external link from unaffiliated web page opens. Vodno-Matka is not accountable for the content and opinions provided in the linked article.

Vodno-Matka routes pass through landscapes that has been populated by hard-wearing peoples for centuries. For them, the religion had been a significant part of their identity, doing everything to protect it and save it for the next generations. Therefore mount Vodno and Matka canyon hide valuable monuments of the christian byzantine culture that you will have a chance to run by during the race. 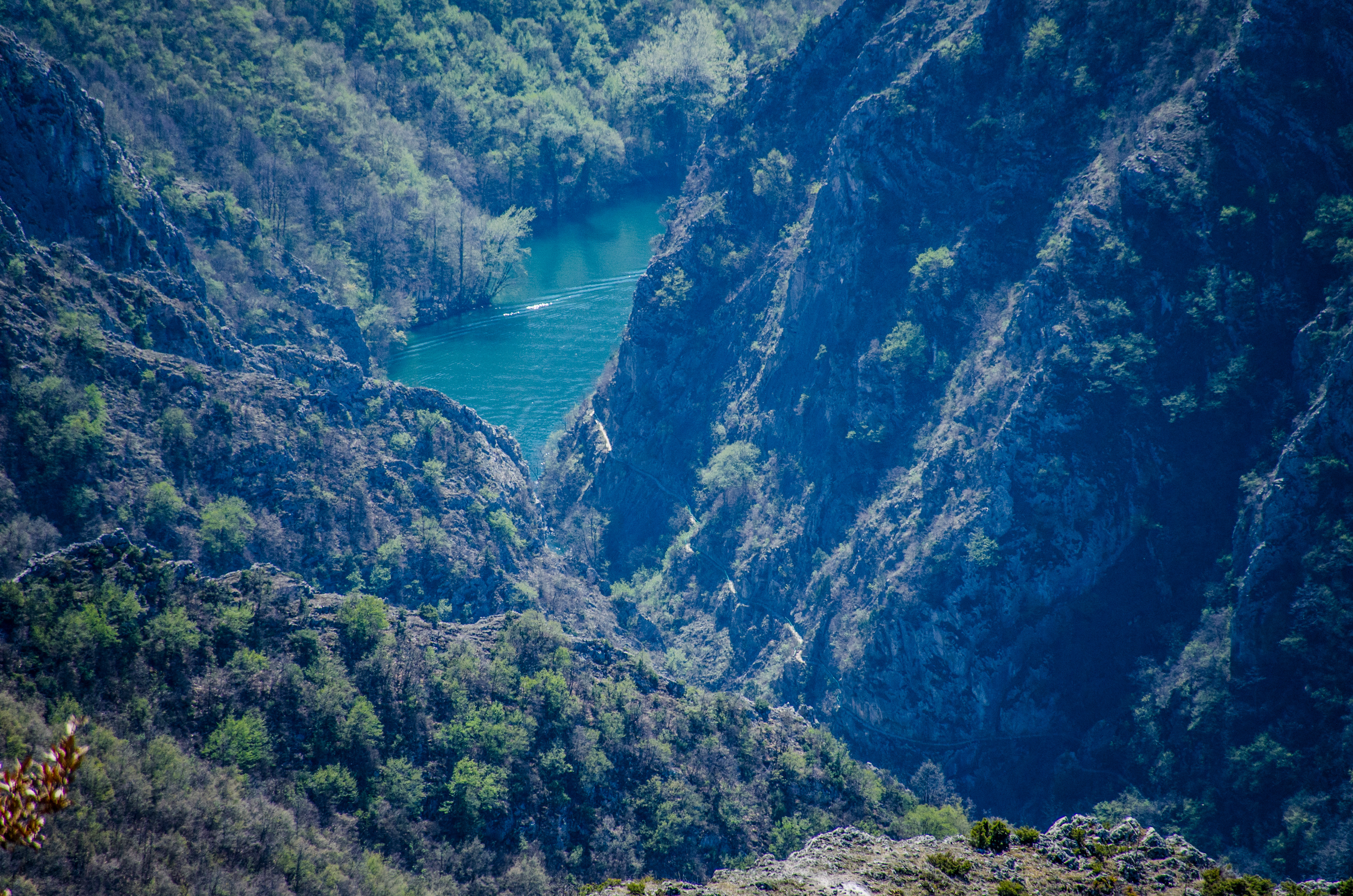 Matka (Macedonian: Матка, meaning "womb", Albanian: Matkë, Kanioni i Matkës) is a canyon located west of central Skopje, North Macedonia. Covering roughly 5,000 hectares, Matka is one of the most popular Macedonian outdoor destinations and is home to several medieval monasteries. The Matka Lake within the Matka Canyon is the oldest artificial lake in the country. There are ten caves at Matka Canyon, with the shortest in length being 20 metres (65.6 feet) and the longest being 176 metres (577.4 feet).
Matka Canyon is home to a wide variety of endemic plants and animals, some of which are unique to the area. The canyon is also home to 77 indigenous species of butterfly. The canyon is also home to the most venomous snake in south Europe the Viper. [7] The canyon's caves are home to large populations of bats.[8]

Hidden among vertical limestone rock faces, St.Andrea is one of the rare monasteries that contain inscriptions of its founders and builders, namely, the other son of medieval king Volkashin had built the monastery in 1389. 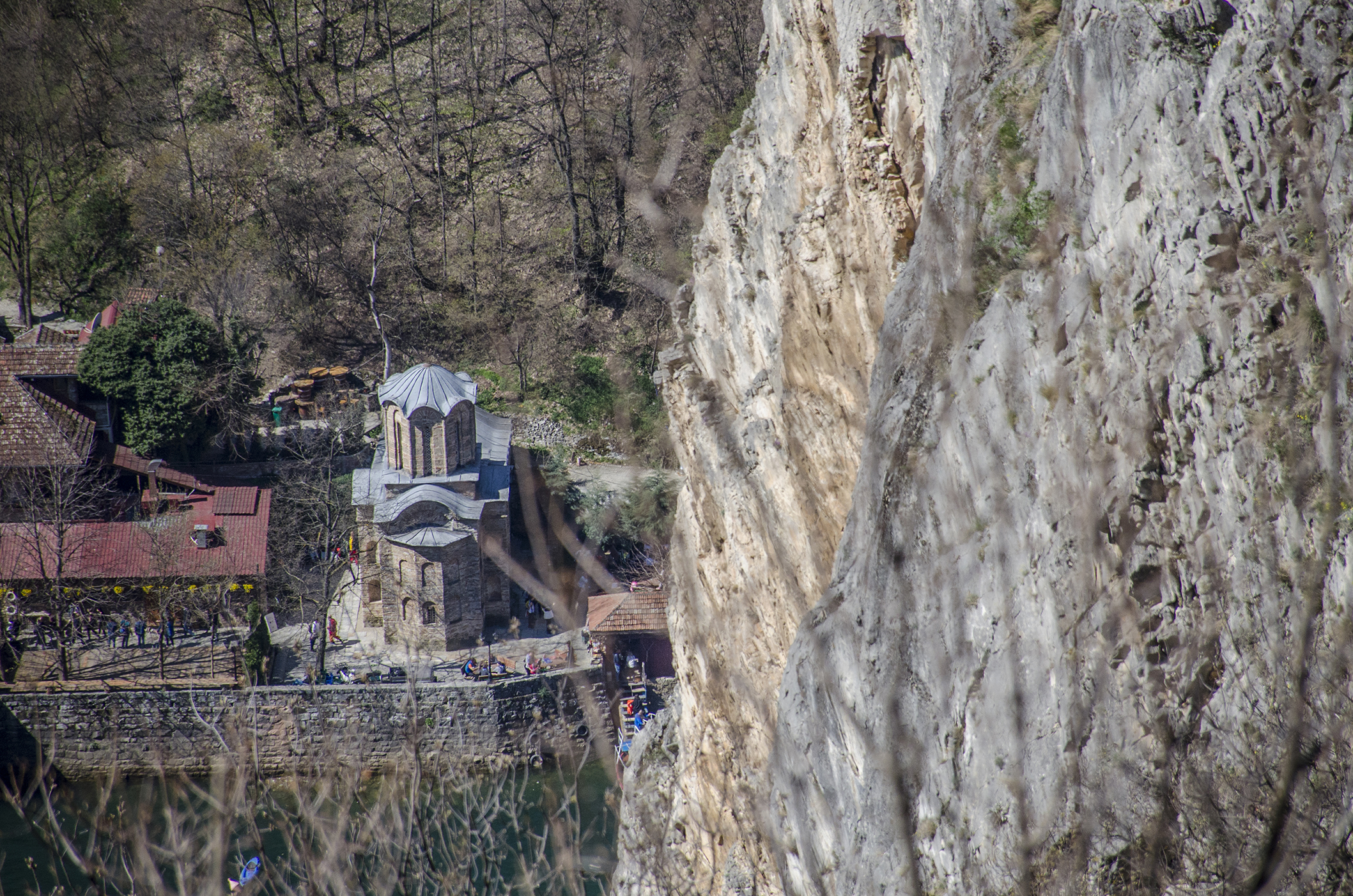 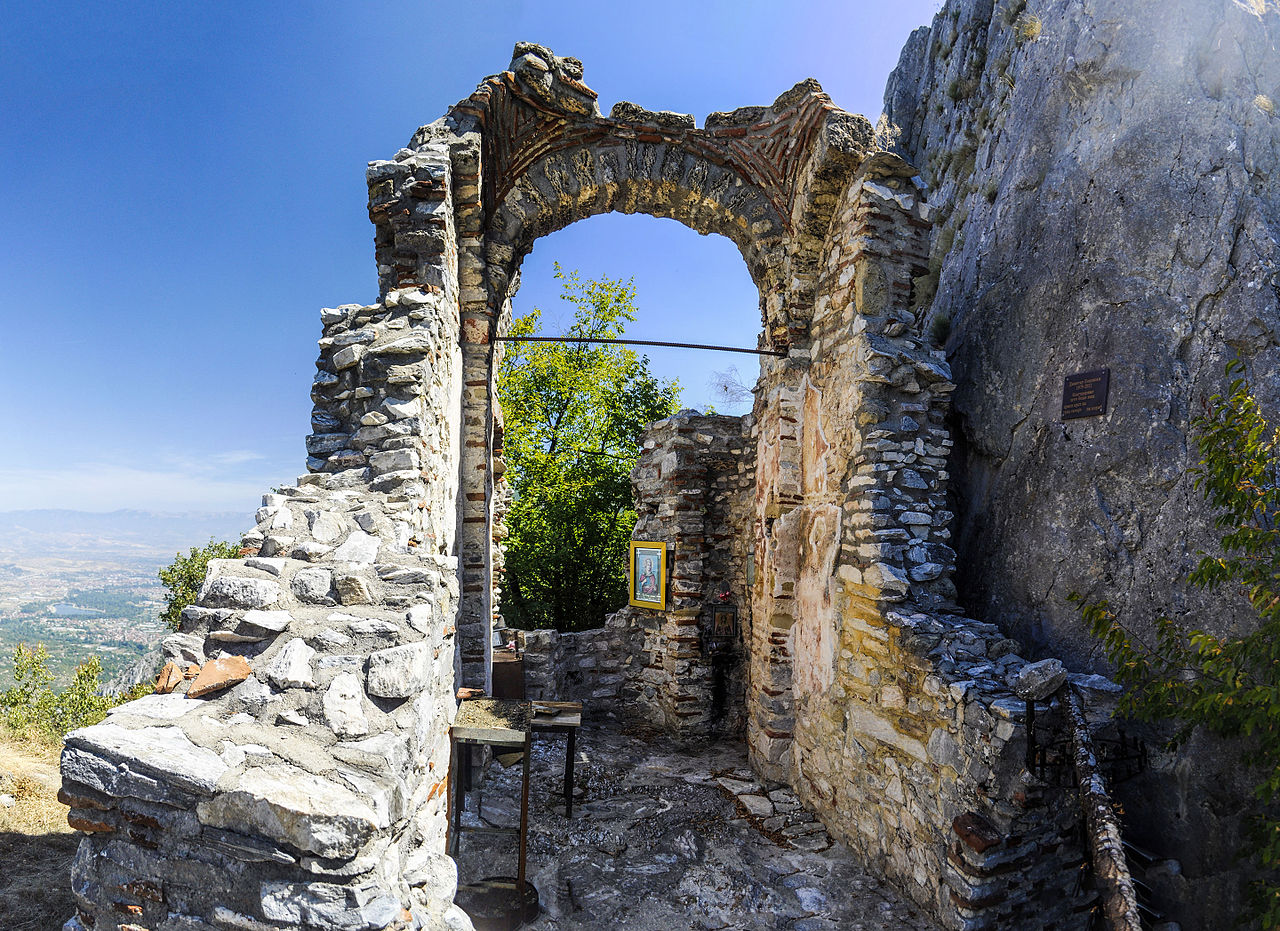 Medieval christian temple (in ruins) located high above the left bank of river Treska's canyon in vicinity to Markov Grad. This church had been built in XIII or XIV century, at the same time with the other monasteries and churches in the area.

Monastery St.Nikola Shishevski is located high above the canyon on a flattish terrace between looming rock walls. The church dates back from 1345. 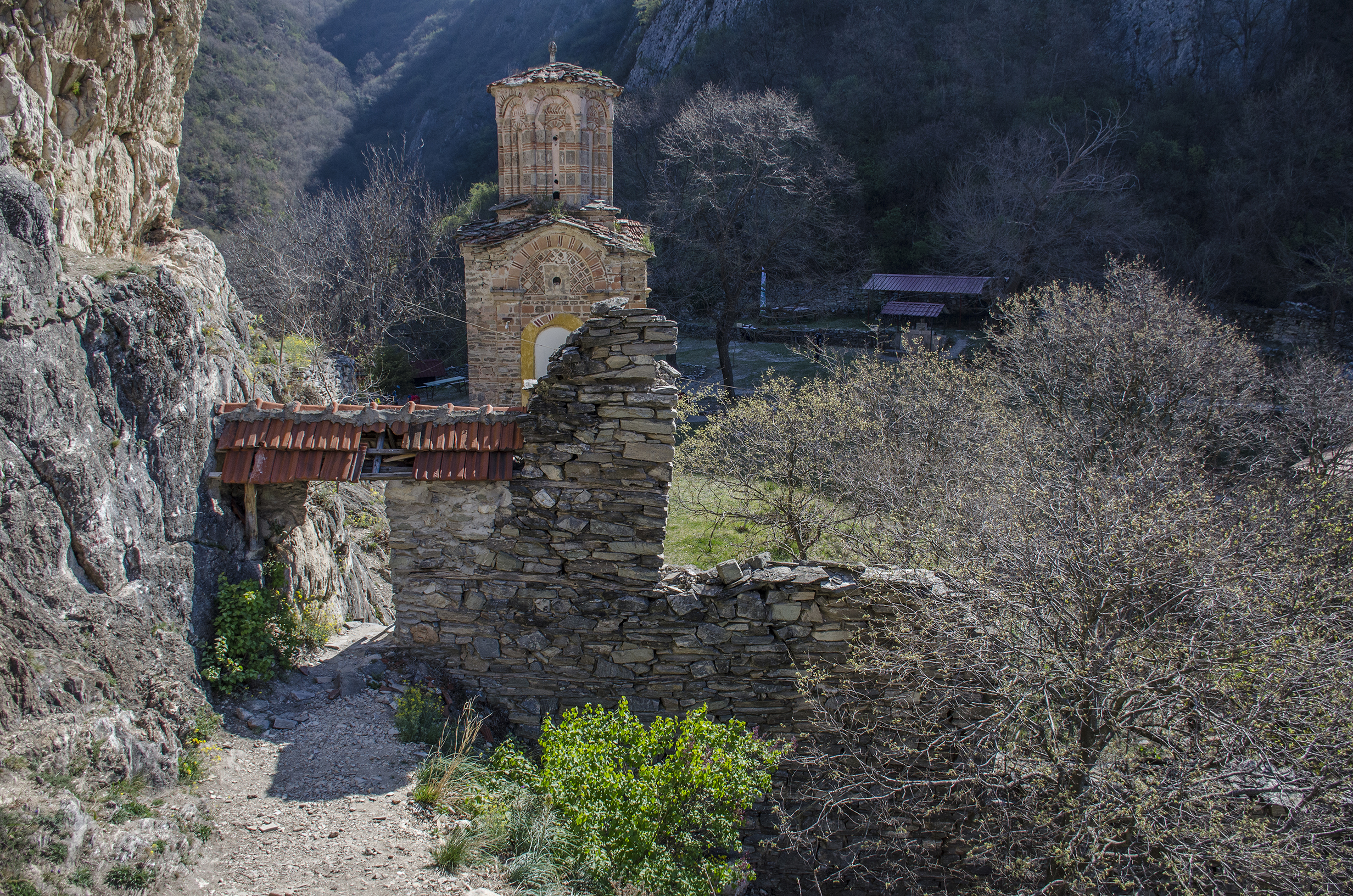 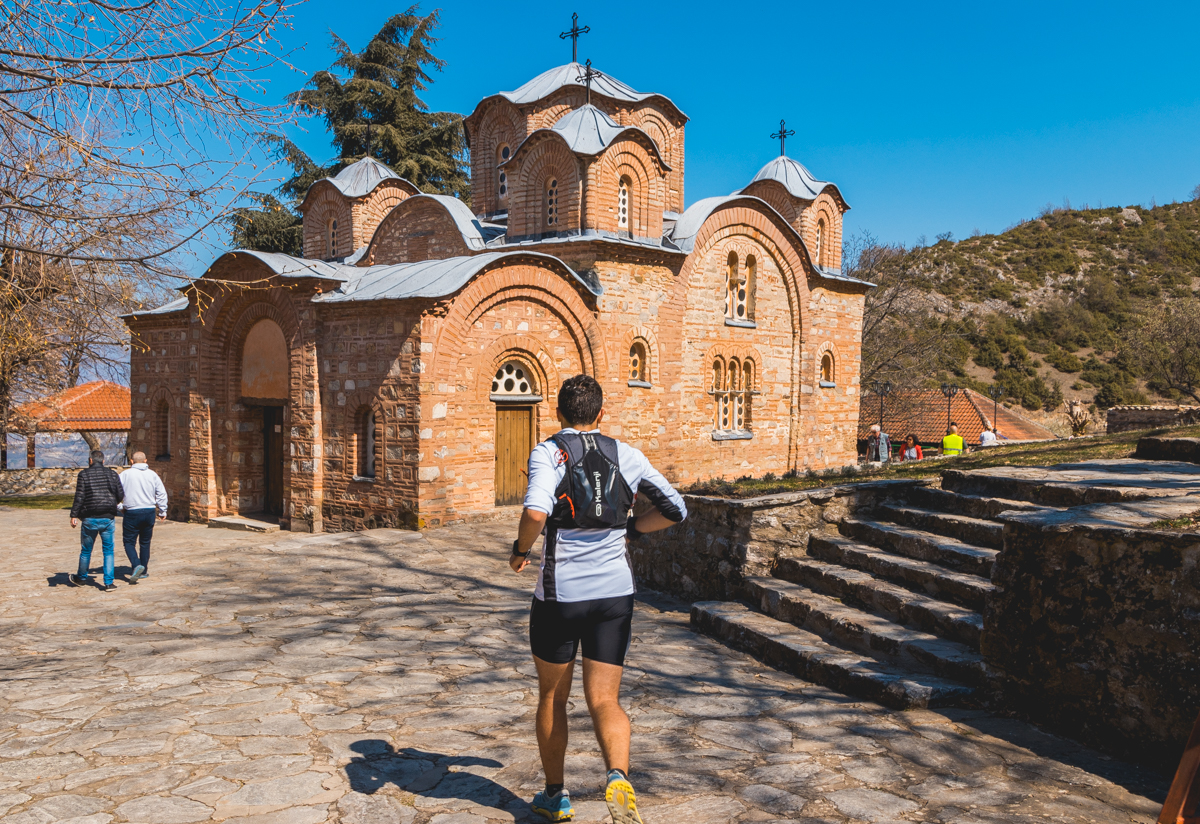 The frescoes in the church are famous examples of Komnenian-era Byzantine art, depicting scenes from the Passion of Christ and various hagiographical illustrations. The church was constructed in 1164 as a foundation of Alexios Angelos, a son of Constantine Angelos.

The coloring, dramatic composition and purity of expression displayed in the frescoes are outstanding examples of Byzantine medieval monumental painting in the later 12th century. 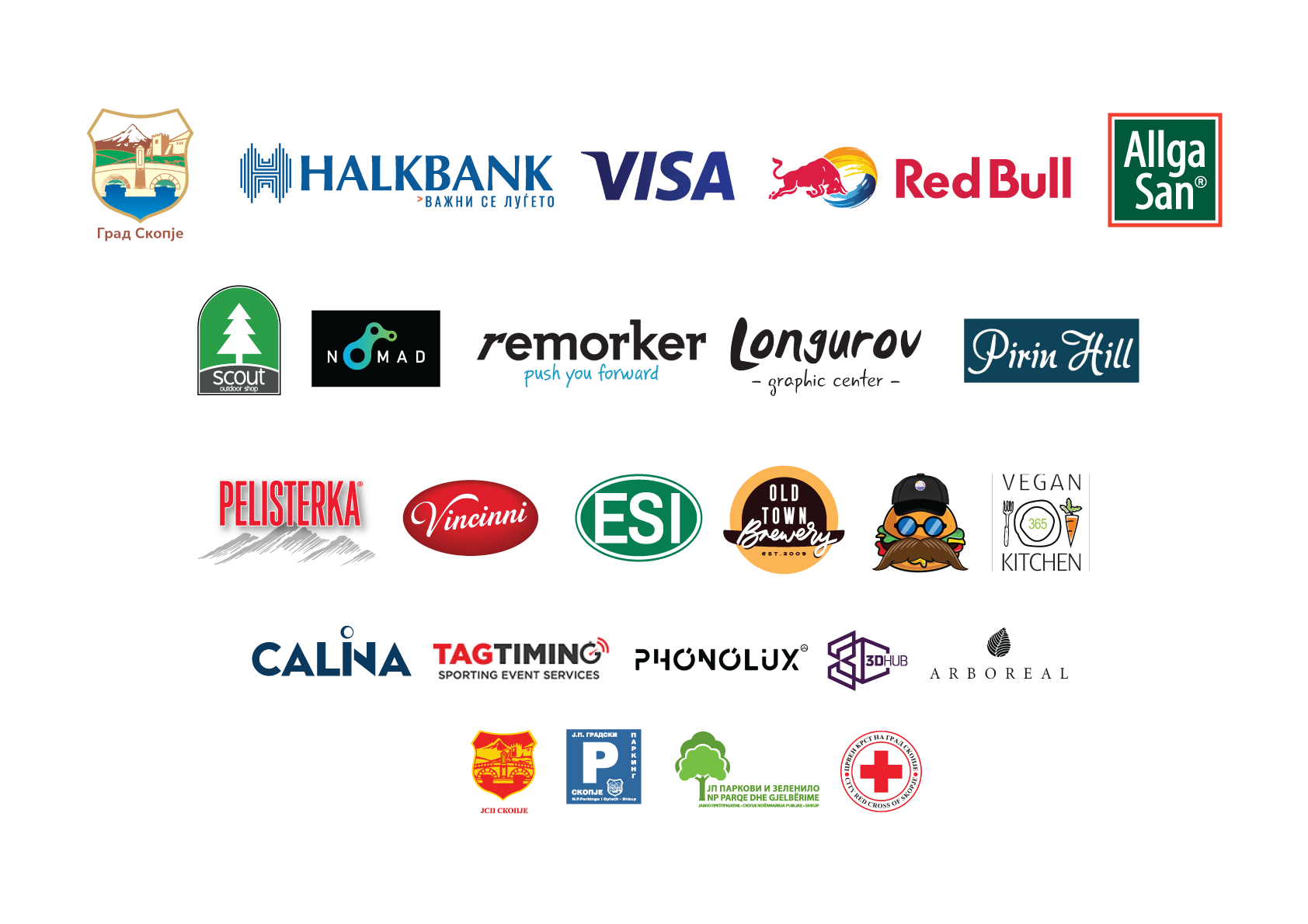